Film has been used in education since the 1930’s. Be it the filmed version of a play or novel, a documentary , a fiction film based on historical events or social issues, films have been used to “illustrate” topics and themes which are studied in a variety of subjects. But is this film education?

We think it is important to differentiate between using film to support the teaching of a variety of different subjects and the actual teaching about film. The former focuses simply on the content of the film, quite often in an unproblematic way.
Then what is film education? 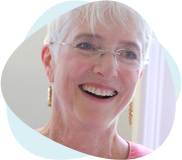 ‘Film is the richest, most expressive art-form and medium of expression human beings have ever invented, and it is the first one that we learn.’
(Cary Bazalgette)

‘Film has the power to influence the way we see and understand the world. It can manipulate, reflect and lead us to experience a wide range of emotions.’
(Framework for Film Education)

‘Film, also called movie, motion picture or moving picture, is a visual art-form used to simulate experiences that communicate ideas, stories, perceptions, feelings, beauty, or atmosphere through the use of moving images. ’
(Wikipedia)

If a definition of film is elusive and plural, one would expect the same of film education. The three of the many definitions we have just read, of film and film education available; each one carries different implications for policy, curriculum, and teaching.

One area of debate and often confusion is in the differences between film education and film literacy, and media education and media literacy. Media, being a plural, encompasses the mediums of radio, television, the printed press, film and video, and now all the digital versions of these.

The one medium not included is the book – because the term ‘media’ covers contemporary culture, which society and education are still suspicious of, while ‘books’, and print literacy, have long ago achieved cultural dominance.

‘Film’ is a partial fit in the media-sphere, maybe fitting more easily where short, digital forms of film are concerned. But film is also an art form and medium of expression with its own distinctive language, grammar, and system, developed over 125 years, so we might feel it has earned the right to have its own ‘education’ and ‘literacy’!

Look at the three quotes again. They are maybe challenging and ambitious conceptions of film: do you agree with them?
Can you see problems with them, or with trying to persuade other people of their value?

What is film education?