We live in a digital world and a world full of moving images. From an early age, most children grow up with access to digital devices and a diversity of films and visual media. It is often said that they are ‘born digital’ and capable of consuming visual content at length. From one perspective, it is a clear observation – most children are intuitive and fearless. Still, researchers strongly recommend that parents and educators support small children with their navigation in the digital world. Adults have to be role models, for example by asking critical questions and talking about the content. They should engage in children’s film experience and dare to use digital devices as creative tools together with them. Through shared experience, adults can learn to acknowledge and appreciate the values that film and media can add to early childhood.

In a survey, a pre-school educator spoke about the ‘upside-down situation’, where young children are naturally using digital tools while many educators are hesitant: 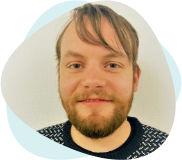 Children are also fantastic role models, and the educators are more insecure. They can learn a lot from the children. For them (the children) it is just a tooth brush – it has always been part of their life (digital devices: mobiles, iPads and computers).
Sune Frederiksen, Elsgårdsminde Børnehus, Hørning, Skanderborg, Danmark.

As the trailer FILM EDUCATION IN ACTION showed, the use of film and digital media can be engaging for young children. We are far from the image of passive consuming behavior, which is a widely held opinion. Good practice shows that watching a film can lead to an active dialogue and that using digital devices for pre-schoolers can lead to creative and/or physical activity. Storytelling, aesthetic expressions, framing views of the world, communicating opinions and understanding how film is composed – are all part of being active through the media. Often these activities are based on cooperation and social inclusion among peers. The children are usually motivated – and with good timing and planning, you will have a good chance to succeed.

In a survey, a pre-school educator observed how film education supports children who finds reading - and even speaking – difficult: 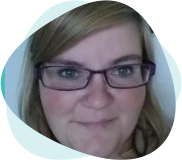 It’s because they have the sound as well as the images – it supports them to talk about what they see – they come forward and speak up, and we see a giant development in our group of children, when we watch film and talk with the children (about the film). We have children who hardly speak at all when they come here, and after one year, we see the same children bounce with a desire to narrate, and that is a giant leap!
(Kristina Juul Overgaard, Day Care Center Taarnborg, Nyborg, Denmark)

Film as a ‘Third Space’

When the youngest children watch a film together, they experience something at a personal level but they also share a collective experience. The film even becomes a kind of ‘third space’, where they can talk about something that is above or in-between “you” and “me”. It becomes possible to talk about feelings and complex issues through the film - it could be about friendship, identity, family issues and even sometimes the darker sides of childhood.

Watching and talking about film together can make young children understand more about film as an art form, about each other and about different cultures. Film is a resource for addressing prejudices and stereotypes – among the youngest. Often you will recognize elements, themes and characters from films in children’s play – even long after the screening. Film can be a source of inspiration for play, fantasy and creativity. 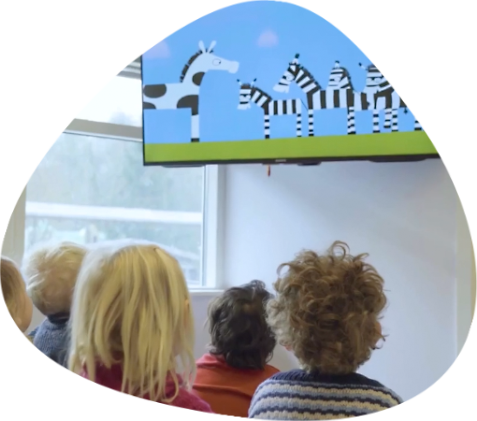 We invite you to watch a trailer that portrays BØRNEBIFFEN - a cinema programme for 3-6 years olds, running in Danish Cinemas throughout the year. It helps show how a film is experienced on the big screen, when you are 3 years old and visiting a cinema venue maybe for the first time in your life. The movie theatre embraces its audience through images and sound.

Share your opinion about film education at an early stage in the notepad below: What would your key arguments and obstacles be?