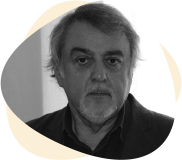 The French writer, critic, and teacher Alain Bergala is an important figure in European film education. For many years he has been creating programmes and projects, training teachers, and thinking about what it means to teach and learn about film (or ‘cinema’, as you will find many French educators refer to film).

Bergala’s book ‘L’Hypothese Cinema/ The Cinema Hypothesis’ has been influential internationally since it was first published in 2002 (and in English in 2017). In the video at the start of this step, he speaks for 6 minutes about the process of choosing extracts in film education. The context is the launch of The Cinema Hypothesis at BFI in London in February 2017, in which Bergala talked about the origins of the book, his career in film education, and his general approach to bringing film into the classroom.What makes film education a discreet and unique subject?

Download the transcript of the text of Bergala’s talk here.

Watch the extract below and think about how, when, and why you might use film extracts in your teaching.

Also consider the following questions and record your thoughts in the Notepad below.

You can watch footage of the whole Cinema Hypothesis event here but you will need to scroll through the set-up period to find the speaker presentations.

You have now completed this section. What were the ideas and issues that were new to you? Did you disagree with anything that you read?

When learners ask the questions