For us, the key part of the Framework are the three dimensions to film education – the critical, the creative and the cultural -‘the three Cs’. Throughout the course we will be considering the ways in which these key dimensions are experienced by learners – through a series of Processes and Practices - which enable their own developing participation in film culture.

It is important to bear in mind that the ‘three Cs’ should not each be seen in isolation but rather as interlinked – in the same way that children learn to read, write, and read widely all the same time. One of the problems of film education through the years has been a separation of watching from making – it is still visible in the separation of ‘theory’ from ‘practice’ in some university courses.

So for example, if children and young people are making films, we also want them to be critical of what they have made; in the same way, we want them to explore critical issues through practical work. We want them to watch a wide range of film – from Lumieres to Youtubers – and be both inspired by, but critical of them.

Together the ‘key dimensions’ add up to what we call a ‘film sensibility’. 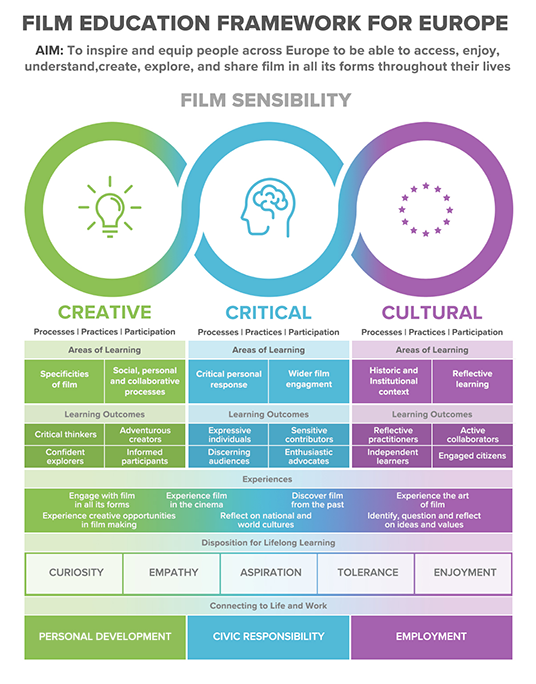 Let’s briefly look at what we might mean by these dimensions as set out in the Framework.

Film education is about developing not only a culture of film viewing but also a culture of film-making. The advent of digital film making has facilitated viewers to become makers more easily, but with the caveat that possession of a mobile phone doesn’t automatically make you Orson Welles! The links between these two experiences – using viewing as a way into making and then evaluating the viewing of what has been created is an interlinked process. Being creative with film is a fundamental way of understanding its form.

‘Being critical’ is the ability to understand and explore films in all their variety, and to develop a disposition by which we can continually question the ways in which film can affect us, move us, challenge and confront us.

Do you agree or disagree with these definitions? Or do you think there is something missing? 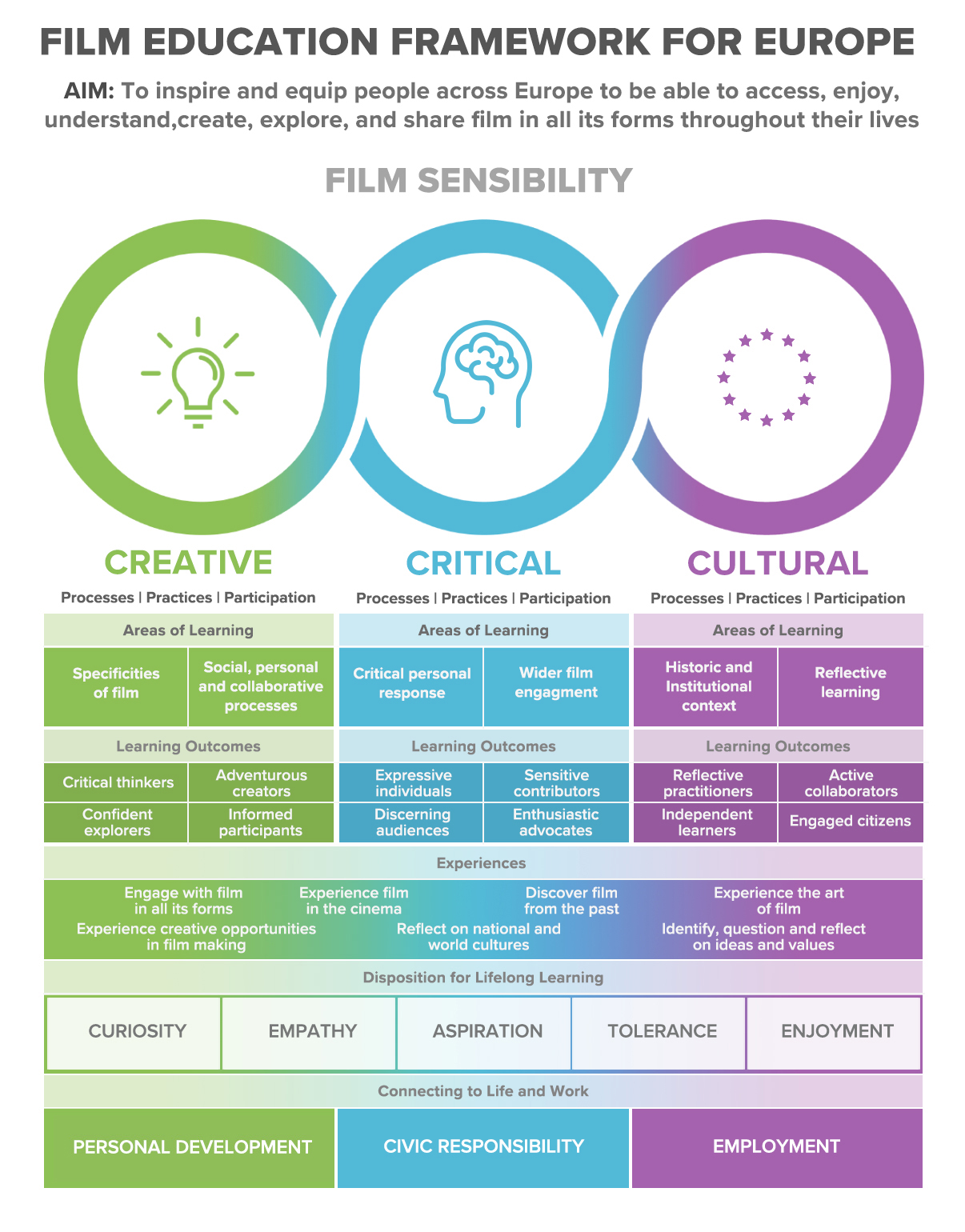